A Quarter Of A Million Miles: new partners

Simon has teamed up with 59 Productions and Chris Riley the filmmaker to develop an ambitious stage show based on his original idea for the project. 59 Productions have worked on David Bowie at the V and A, Vivid Live at the Sydney Opera House, the London 2012 Olympics Opening Ceremony and Philip Glass’ Satyagraha.

Chris Riley is a world expert on the Apollo missions and his film credits include, In The Shadow Of The Moon, Neil Armstrong – First Man on The Moon and Hubble’s Cosmic Journey. More news on this collaboration soon.

Simon scores The Gift for Wall to Wall and BBC1 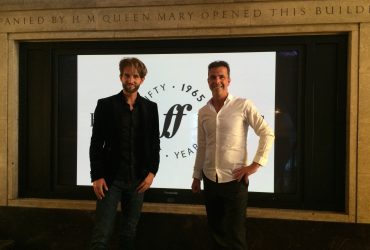